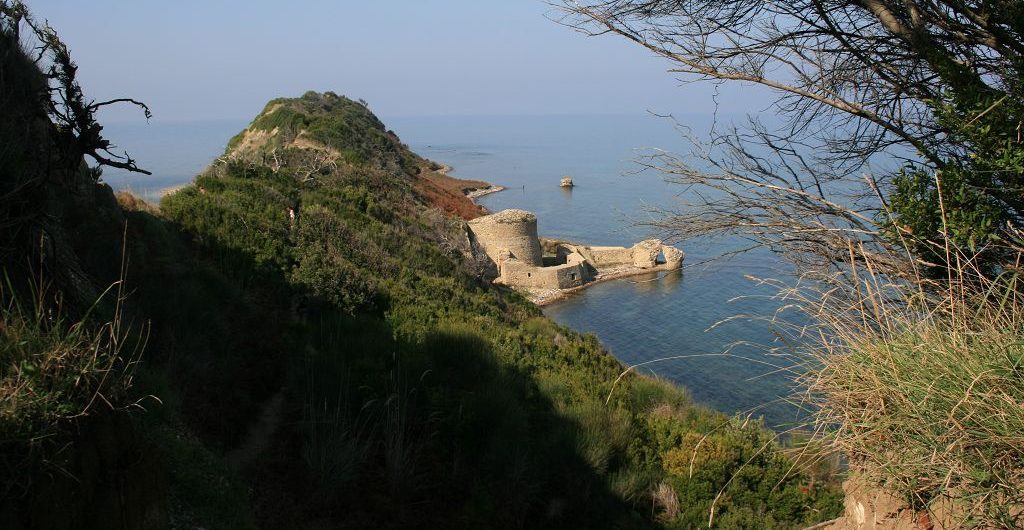 The cape of Rodoni, lies in a triangular shape between the Gulf of Rodon to the north and south to the Lalzi Bay. The Cape of Rodon is the largest in our country. The panorama here is very beautiful, with beautiful clay hills covered with forests that mix with the blue of the sea.

The name of the cape is said to come from the Illyrian sea god Redon, like Poseidon for the Greeks or Neptune for the Romans. Redoni was the most important god of the Illyrians. It was valued by the Illyrians and its image was immortalized in temples, names of people and currency symbols, such as the city of Lissus, the Illyrian tribe of Labe the coins of the Illyrian king Genti.

In the cape, there is the castle of Rodon or as it is often called, the castle of Skanderbeg, which was built in 1451-1452 by the Albanian national hero Skanderbeg. The castle is about 10-12 m high and the walls are 3-6 m thick. The purpose of this castle was to create a communication point on the coast without being dependent on Venice, which controlled the coast at that time. With this castle with a small port, Skanderbeg had a parking place to develop its economic activity with the West, after the Albanian-Turkish war had “swallowed” several incomes. After Skanderbeg’s death, the castle was taken over by the Venetians, who rebuilt it in 1500. Their aim was to strengthen the monopoly position to control trade and to increase the security threatened by the Turks and the aims of the Albanian feudal lords who wanted to go out to the coast. Years later, when the castle was occupied by the Turks, it was no longer used for military purposes, as it required additional work for defense by enemy artillery and warships.

Near the Cape Castle, there were four Catholic churches that existed in this country alone before the castle was built, the Church of St. Anastasis, St. Nicholas, St. Mary and St. Anthony. The Church of St. Anthony was the only building that still exists today as a ruin and was completely restored in the late 1990s. The church belongs to the Romanesque-Gothic architecture, which can be seen in the sharp arches. The church of St. Anthony was built in the 14th and 15th centuries. According to some local legends, Mamica, the sister of Skanderbeg, has lived here for some time.

We use cookies to ensure that we give you the best experience on our website. If you continue to use this site we will assume that you are happy with it.OKPrivacy Policy